We have just returned from another very successful visit to our partner school in France.  Please click here to see the gallery of photos.

We have just spent a fabulous week in school with our French exchange friends.  Activities included orienteering, card games, a scavenger hunt and clay work, a sports afternoon, tea with English host families a green screen photo booth and a day out at the Pioneer Centre.  Please go to our Galleries page to see the photos.

We exchanged Christmas and New Year cards with our French friends. 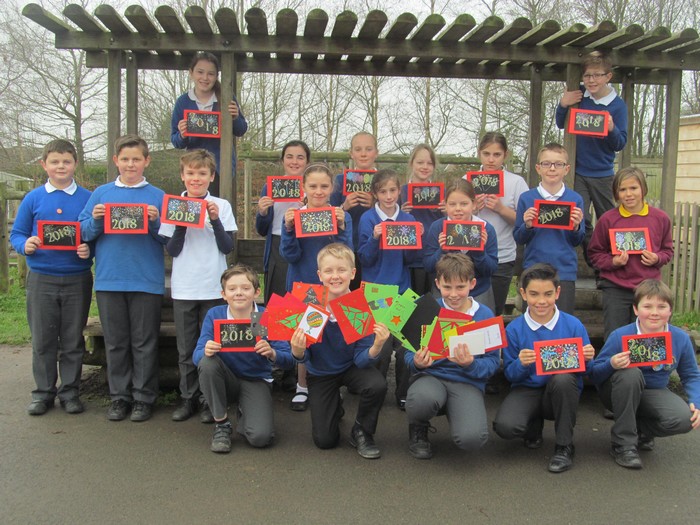 France 2017     Please click here for a gallery of photos

First we arrived at the airport (a few people got lost!).  We said goodbye to our parents, then we all started panicking because Nell hadn’t arrived yet!  Then my dad came running saying he had lost his car keys!  Nell finally arrived, we went through our checks and got on the plane.  It was magical because it was my first time!

In Paris we got in the taxi and it was a 2 hour trip but Lia was asleep for most of it.  We finally arrived at the house where we were staying.  The house was amazing.  It had 5 bedrooms and it also had a pool that we went into every night except one.  The teachers thought we’d been in it so long we would turn into fish!

When we finally got out of the pool we dried off and had the most delicious lasagne EVER!  We ate it quickly, then I got back into my swimming costume and jumped into the pool with a full belly flop!  When it was time to go to bed, I dragged Katie out of the pool and we went up to our bedroom and got into our PJs.  What a busy day1

Today was the first day that we properly got to meet all of the French children, most of whom would be our friends for the rest of the week.  Pretty much as soon as we got to school, we had to leave and get on a coach to go to a teaching farm.

First of all we milked a very badly behaved goat with 2 very adorable kids. Second of all the lady showed us how to make goats’ cheese and we even tried some; some of us liked the cheese but some of us hated it.  Then we got shown some of the farm animals before having lunch.

After lunch we went to make some bread.  It was so fun!  Deakon got covered in flour and Patrick crumbled his yeast by mistake.  After the bread was in the stone oven, we went to see the chicks.  They were so cute!  One of the ducks even did a poo on Patrick!  When that was done, we went back to get our bread.  Most had ash on, but we didn’t mind.  We went back to our French home and had our bread with chicken and chips and that was it for the day.

In the morning we walked to school and made some flip books.  It was very fun because we worked together with the French kids.  Then the bell rang and we went out for break. And we got to know them a bit better.  Break was over and it was time to make a film called ‘The Empty Chairs’.  It was really good.  The suddenly a candyfloss machine appeared out of nowhere!  It was the best candyfloss ever!  In France they only have school until 12 o’clock on Wednesdays so we went home with the families and all tried different food with them and played.

Later we went to visit the fire station.  It was very fun and we got to try on all the clothes.  Didier showed us all the vehicles and told us what they were used for.  We got to go in the fire truck and Deakon put the sirens on for emergencies.  Didier’s wife kindly made us all some delicious crepes.

For the first time the pool was cold but we soon got used to it and played all sorts of games like tag and underwater wars – it was amazing!

On Thursday we went into school at 9am.  With one of the classes at the school we were introduced to a new sport named Bumball.  To play we had to wear a bib with Velcro on your chest and on your bum.  The concept of the game was to pass the ball to each other but catching it on the Velcro.

When we came in from playtime we went with a new class into the computer room where we found pictures of French and English things.

Once we had finished we went into the school canteen to have some lunch.

Shortly after, we went with Estelle to Reims to see the cathedral and to do some shopping.  We all bough ice creams and souvenirs then we went back to Asfeld.  As soon as we got back we dived into the pool – we were in there for a long time.  For tea we had take away pizza, then we all had our showers and started packing as we were leaving the next day.

At 10am the taxis arrived and we said emotional goodbyes.  We had 2 hours in the taxi, then at 14:50 we took off for England and arrived back at 15:00 as England was an hour behind.  Then we met with our parents and went home.

Please click here for the photos of the 2016 visit.  On the first full day Years 5 and 6 enjoyed an adventurous day out with the French pupils at the Pioneer Centre at Cleobury Mortimer.

On Wednesday the French  children joined Woodpeckers to make chocolate fridge cake and scones. In the afternoon the whole school joined together for a sports afternoon, then we celebrated the Queen's 90th birthday with the cake made in the morning.

On Thursday the French children joined Woodpeckers for some collaborative art that involved the children having to find out about each other's interests.  In the afternoon the French went to Worcester for some culture and shopping.

Asfeld is a French commune in the Ardennes department in the Champagne-Ardenne region of northern France and since 2009 we have forged a special relationship with a primary school there. 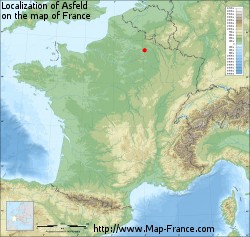 Over the years we have  exchanged visits with the pupils there and they are visiting us again in June 2016.

Please click here for photos of their visit in 2014.

Eagles have recently been using Asfeld in their Geograhy lessons and each school has exchanged work on location and maps. 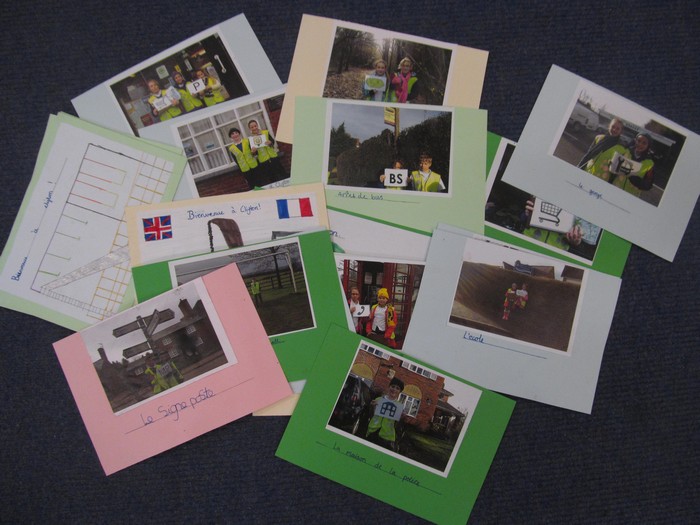